Lister Steps opened as a registered charity in 1997.

We were founded when a group of parents come together to do something about the lack of childcare and safe play facilities in the Tuebrook area of Liverpool.

Initially an after-school club, it soon became clear that we needed to grow to support more children & families. In 2000 we took over the old Lister Drive school building and our vision of expanding to provide community services, training, enterprise and people support (STEPS) was born.

We planned to use the building to combine community and childcare services, with a commercial arm that would sustain the charity financially going forward.

However, the school building was old and in poor condition, with huge investment required to make it fit for purpose, so we moved into temporary portacabins in 2004. 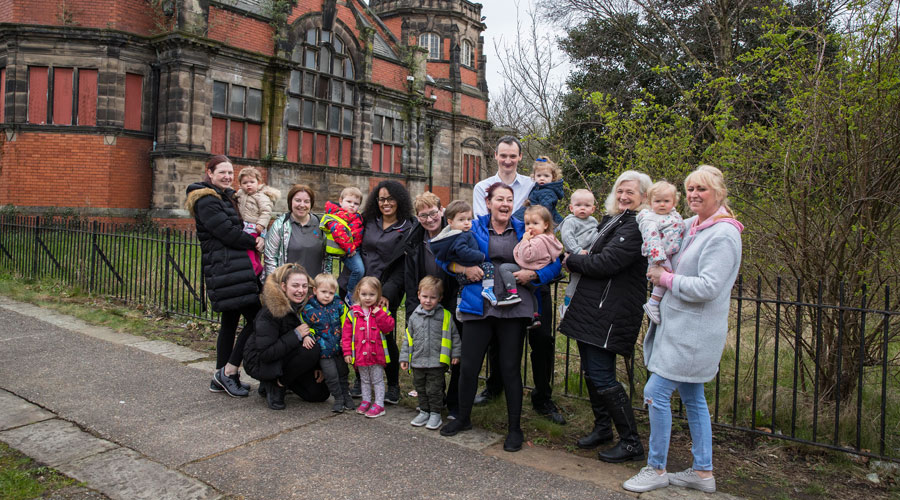 Registered to care for over 100 children each day, we became a trusted and reliable resource for our local community but we still needed more space to achieve our wider aims for the community and fulfil our charitable mission.

Lister Steps sat in the shadow of the former Andrew Carnegie Library on the corner of Green Lane & Lister Drive. When Liverpool City Council invited tenders for the potential re-use of this much-loved building, Lister Steps already had a plan. We knew exactly what we could do with the building and grounds and were quick to convince the council that our plan would work.

With the backing of our community, the journey to achieve our vision took eight years but we finally moved into our new home at The Old Library in 2020. We hope that when you visit, you will agree that it was worth the wait.

Join us for the next chapter in the Lister Steps story.